Home / How Aircraft Operators Reduce Downtime While “Sweating the Assets” 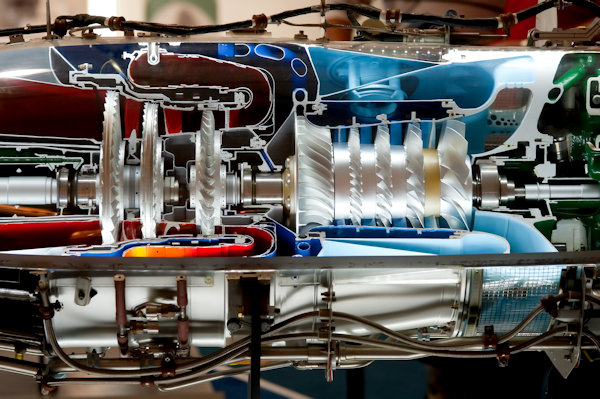 As the article explains, UPS purchased flight computers for over 50 Airbus A300-600 jets some twenty years ago. However, the memory inside of these computers was so limited that UPS had to divide the United States into five regions just to store navigational information. Whenever one of the planes flew to a different region, a 45-minute software update was required: a significant expense. According to data cited by SAP’s Thomas Pohl in “Why Big Data Can Help to Keep Planes in the Air,” the cost of aircraft downtime is $10,000 per hour.

UPS could have purchased new cargo jets but pursued a less expensive strategy instead. As the Bloomberg article reports, the global shipping and logistics company began replacing its aging computers with avionics from Honeywell International Inc. Thanks to these upgrades, UPS jets now have flight control systems that store worldwide navigational maps and take only two minutes to update. This points to how across the industry, other aircraft operators are also finding ways to “sweat the assets” in order to avoid large capital expenses while increasing productivity and reducing downtime.

All aircraft, and especially older airframes and propulsion systems, are being asked to run at maximum utilization. As with ground transportation, however, aging airplanes require more frequent “health checks”, including vibration monitoring. The use of vibration analysis techniques is a valuable method for examining the health of a propulsion system, but it can further be employed to serve as an early indication of problems on and around the engine and engine structures.

Because older fuselage parts are more prone to metal fatigue, more frequent noise and vibration analysis tests may be recommended to detect rattling parts with new noise sources and vibrations. Vibration monitoring systems such as MTI Instruments’ PBS are used to document regular noise and vibration signatures and allow technicians to compare current spectrum-wide vibration and noise signatures to previous results. The principal of operation for the PBS-4100+ and the PBS-4100R+ are identical, and both systems feature an easy-to-use interface that guides the operator through an engine vibration survey.

The PBS-4100+ is a portable vibration and balancing system that swiftly pinpoints problems and eliminates avoidable engine removals. The PBS-4100+ also increases asset uptime because its on-board diagnostics identify the specific cause of engine vibrations, which makes it easier for crews to make repairs. When this portable instrument is used in conjunction with MTI’s 1510A portable signal generator, flight line personnel can also isolate problems down to cables, sensors, and system components.

The PBS-4100R+ is a test cell version of the PBS-4100+ that is intended for use in production or overhaul facilities. Like the PBS-4100+, the PBS-4100R+ works with all of the most common jet engine types, including power plants from CFM International, General Electric, Honeywell, Pratt & Whitney, Rolls-Royce, and International Aero Engines. Today, aircraft from Airbus, Boeing, Embraer, Bombardier, Honda, and Sukhoi all leverage the precision of MTI’s Made in USA measurement solution.

For more information about both engine vibration and balancing systems, contact MTI Instruments

Wafer Inspection and Metrology: Proforma 300i

What Can Happen When You Fail to Inspect Semiconductor Wafers

Why Demand for SiC Wafers is Hot and Durable