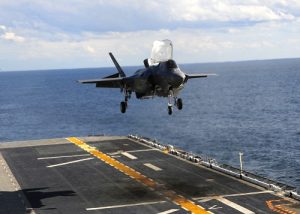 Avionics and the eCASS System

Importantly, eCASS technology is compatible with the U.S. Navy’s legacy CASS test equipment, which was first deployed in the 1990s. This backward-compatibility protects and preserves the Navy’s investment in more than 550 TPS for 750 avionics components. Over the course of a program like the F-35 Lightning II, standardizing avionics troubleshooting and repairs can provide a savings of hundreds of millions of dollars.

Lockheed Martin’s recent award isn’t the first from the U.S> Navy for eCASS avionics test and measurement systems. In January 2014, the defense contractor won a $103 million contract for 36 units. A year later, in January 2015, the company won a separate $78.5 million order to provide 29 eCASS systems. Under its latest award, Lockheed Martin will deliver 41 more eCASS systems by December 2021.

How Aviation MROs Can Maximize Labor Efficiency and Asset Uptime

Industry 4.0 for Test and Measurement