Skip to content
Home / How Often Should Vibration Analysis Be Performed? 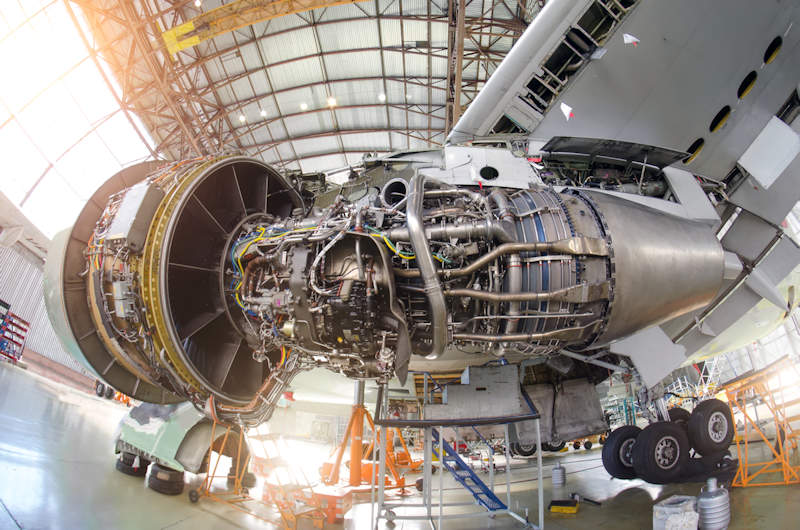 Once a customer takes delivery of a PBS system and learns how to use it, the next logical question is: “How often should we use it?”

At a minimum, your approved maintenance program (whether it’s a program developed by your operation, or the maintenance procedures outlined by the engine/airframe manufacturer) will tell you about the intervals at which to perform a vibration analysis. Usually, there is a procedure to specify how an engine vibration analysis and balance need be only completed when squawked by a pilot or after the completion of maintenance work that could affect the balance of the engine.

Most customers report, however, that they get more value out of their PBS by using it more than what is required in accordance with their approved maintenance program. When treated as just another maintenance task, the PBS system will do what you need it to: check vibration levels and (if required) balance the engine. When used more often than explicitly required, however, the PBS can become one of your most useful trend monitoring and diagnostic tools.

Let’s look at an example.

The photo below is a vibration reading that was taken from an engine at the manufacturer-specified interval of “anytime an event occurs that could materially alter the balance of the engine.” The maximum prescribed vibration limit (between 300 and 500Hz) is shown in the diagram, along with the readings from the engine. 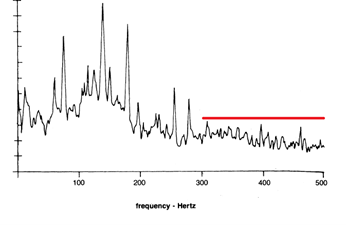 If you ask mechanics about what they see here, they’ll say that you have an engine ready to return to the field. The vibration levels are clearly below the limit.

The operator we got this data from, however, had decided to take a more proactive approach to using its 4100 system, and had taken vibration readings every 400 hours. At the previous reading taken only 150 hours prior, the vibration report showed the following. 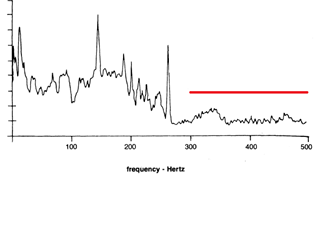 Obviously, the vibrations were substantially lower in the area of interest at the previous measurement point. Without this context, we assumed the previous measurement was acceptable. However, with knowledge of how the engine ran before, we know that something changed in the engine that caused higher vibrations. Now, was the increase in vibration reason to remove the aircraft from service? We didn’t have a yes or no answer at the time. 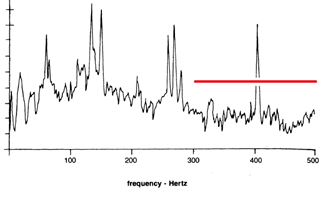 Aware of increasing vibration levels, the operator decided to reduce the monitoring time from the 400-hour benchmark to 100 hours. Upon retesting at the first 100-hour mark, a failure was detected, as shown in the diagram above. Using spectrum analysis, the operator was able to quickly determine the problem, rectify it, and get the aircraft back in the air before the problem became catastrophic.

MTI Instruments invites you to learn more about the PBS and has produced a video about the latest version this portable balancing system. Click here to watch the PBS-4100+ Gen 4 video.

Wafer Inspection and Metrology: Proforma 300i

What Can Happen When You Fail to Inspect Semiconductor Wafers

Why Demand for SiC Wafers is Hot and Durable