Grounding, however, presents challenges. First, it can scratch or damage the wafer which is fragile and expensive. Second, it prohibits those sensing scenarios where the wafer must be moved to acquire all metrology measurements.

While there are ways to overcome the grounding challenge – parasitic capacitance coupling, a second sensor working 180 degrees out of phase, or a grounded chuck to support the wafer – they offer limited effectiveness. This application note describes a better solution: a push-pull probe specifically designed for ungrounded targets.

Measure the thickness and warp of 156 mm² photovoltaic (PV) wafers as they pass at the rate of one wafer per second? The required accuracy is < 1um.

In the scenario described above, it is virtually impossible to ground the wafers as they pass by the capacitance probes. Even if it were possible, poor grounding would introduce unacceptable noise to spoil the results.

MTI’s proprietary push-pull probe systems measure ungrounded semiconductor wafers. Based on conventional capacitance measurement principles, the design features two capacitance sensors built into one probe body. Each sensor is driven at the same AC voltage with a 180 degree phase shift between signals. The shift allows the current to travel across the target surface rather than through the target to ground, eliminating inaccuracies created by poorly grounded targets.

MTI’s AS-562-PP amplifier sums up the individual output signals, producing a single 0 to 10 VDC output that is proportional to the probe-to-wafer gap. Sub micron accuracy is achieved at probe standoff distances up to two mm.

Semiconductor wafers such as those used to make integrated circuits (ICs) and silicon photovoltaic (PV) cells are fragile and expensive. The ability to precisely measure critical wafer parameters such as bow and warp not only ensures the integrity of circuit patterns, it improves yields and lowers production costs. 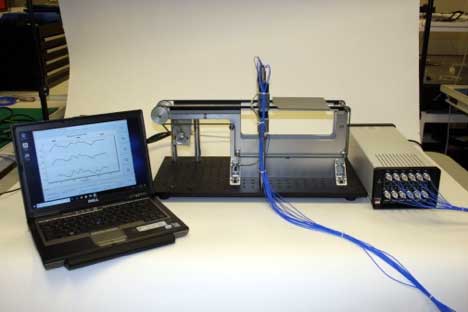 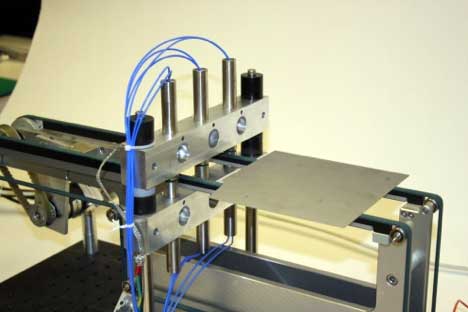 With a PLC and special software, the PV-1000 system measures, logs, and assists in binning wafers. 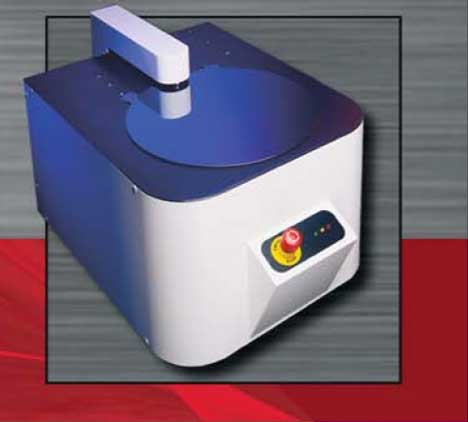 Get the PDF Version of this Application Note